Not every people group has a country to call its own. Watch this playlist addressing four of these people groups in Europe, then apply that knowledge to modern tensions across the globe.


1. Which four European people groups were covered in this playlist and what country does each people group primarily reside in?


2. What do the four European people groups listed in #1 have in common? List as many things as possible.


3. What is a nation, and what is a state? Why is it important to distinguish between the two?


5. What do you think a “nation-state” is? What would be an example?


6. Should nations without states have to abide by the laws of the state they live within? Why or why not? Are there any exceptions to your answer?


7. What are examples of other nations without states beyond Europe? What might be an example in North America? What has the relationship between this nation and the state is exists within been like in the past? What is the relationship like now?


8. Rick notes that the Roma people--found throughout Europe--have had to abandon their nomadic ways. Why is this? Why do you think that people have become less nomadic over time? How would the United States be different if we had a large nomadic population?


9. Think about your own family history. What nations and states have your family or your ancestors been a part of? Do you continue to celebrate or feel the impacts of that cultural heritage? If so, how?


11. Throughout 2015 and 2016, war and unrest in Syria, Iraq, and Afghanistan drove over five million refugees to the European Union with many being relocated to culturally homogenous nation-states like Sweden, for example. What challenges does this influx of refugees pose for Sweden? What opportunities does present Sweden? What challenges do the refugees face there? Finally, if you worked in the Swedish government, what would you do to incorporate these refugees into your country as smoothly as possible?


12. Choose one of the nations addressed in the playlist, and imagine that you are a member of that people group. Write a one-page journal entry describing what it feels like to be a part of that nation. What are you proud of? What are you worried about? What is your view of the country you live in?


13. In 2017, Spain’s region of Catalonia declared independence, prompting Spain to imprison certain Catalan government officials. You have been asked to give a brief speech on the floor of the Parliament of Catalonia either supporting Catalan independence or advocating for continuing to participate in Spanish statehood. Please write a one-page speech outlining your view.


14. Create a mural or collage that expresses the tension in the modern Roma community. Include aspects of their past, present, and future. Consider what they are proud of, what has been difficult for them, and what challenges they currently face.


15. Watch Rick’s television special “The Holy Land: Israelis and Palestinians Today." How does the concept of nation-states apply to Israel and the Jewish people? How does it apply to Palestinians? Is Israel currently a nation-state? Discuss your answers with you classmates. 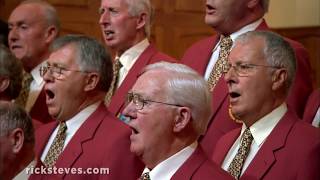 Basque Country in Spain and France 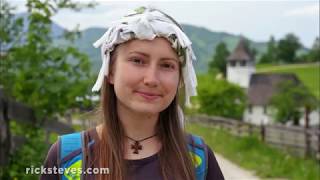