The Italian Renaissance ushered in an age of unprecedented artistic, scientific, and ideological development. Join Rick as he wanders the streets of Florence and beyond to investigate great Renaissance thinkers and achievements and to trace their effects across Europe. 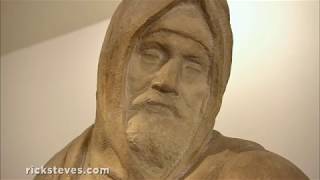