Fancy a spot of England? Rick takes us on a virtual tour of some favorite attractions: venerable university sights in Oxford and Cambridge, lonesome moors and wild ponies of Dartmoor National Park, beautiful rolling landscape of the Cotswolds, chalky cliffs and dreamy trails of its South Coast, and — surprise! — a visit to Gibraltar, the English enclave at the southern tip of Spain, where you can sip a pint of real ale in the Mediterranean sun.


RESPOND
1. How have Oxford and Cambridge helped shape Western civilization? What great thinkers and innovative discoveries has each university produced?
2. How are Oxford and Cambridge similar, and how are they different? Which university would you rather attend? Why?
3. What are the towns of Oxford and Cambridge like? How do the towns interact with the universities? What does Rick mean when he says there is a “town-gown division”?
4. What is a college in England? How is the term “college” distinct from the term “university” in England? Does the United States have this same distinction?
5. What is a moor? Why are they valuable to rural English communities?
6. What is “the age-old right of free passage” that Rick describes? Does the United States offer this right?
7. Rick states that the Costwolds’ history is “a story of boom and bust—and then boom again.” What does Rick mean by this? What are the boom, bust, and second boom of the Cotswolds?
8. What are the Cotswolds like? How do they compare to your mental image of England? Why does Rick describe the Cotswolds as “the quintessential English countryside”?
9. What does Rick mean when he says that “Brighton is south England’s Coney Island”? Why is Brighton so popular with Londoners? Is there a place like Brighton Pier near you?
10. What formed the white cliffs of South England? Why were these cliffs important to sailors?
11. What is the Rock of Gibraltar? Where is it located? Who controls it? Why is Gibraltar important land to occupy?
12. How has Gibraltar changed over the past generation? How has the economy evolved? How has the population shifted?

DISCUSS
13. Why were the books in Oxford’s library chained to the bookshelves? What does this suggest about the importance of books in previous centuries? How and why has the importance of books changed in the past century? Do you think that conducting research today is more or less difficult than it was two centuries ago? What are the benefits and drawbacks of using books for research? What are the benefits and drawbacks of using the internet for research?
14. England’s and Wales’s right of way laws allow pedestrians unobstructed access to footpaths across the country—many of which cut through private land. How do you think landowners feel about these laws? Do you feel that these laws impinge on the individual rights of landowners? Do they serve the common good? Why do you think lawmakers ultimately choose to uphold these right of way laws.
15. What was the primary industry of England’s Cotswolds villages for many centuries? What developments caused the bust of this industry? What industry did the Cotswolds eventually turn to for their recovery? What changes in technology or availability of resources are currently threatening modern-day industries? Which communities will be most impacted by these changes? Do you think these communities will recover in the future? If so, what new industries will they turn to?
16. Access a map of Europe. Where is the Rock of Gibraltar located? Who occupies it? Why is the Rock of Gibraltar a strategically important place to occupy? What places does the United States currently occupy? Why are these territories strategically important to the United States? How do you think inhabitants of these territories feel about the occupation? If the United States were to try expanding into new territories, which places do you feel would be most strategically beneficial?
17. What were the original disciplines taught at Oxford University? Why do you think these disciplines were chosen? How do these disciplines compare to those taught at universities today? Which disciplines are gaining in popularity, and which are waning? Why do you think this is? Should universities continue to promote less popular disciplines or eliminate them? Defend your answer.

CREATE
18. Choose a major development that came out of Oxford or Cambridge University, and imagine you are a student at the university at the time of that development. Write a journal entry about this exciting new development and what it will mean for the world. Include details about your life at the university and what you want to pursue after you graduate.
19. Imagine you work for the tourism board for the Rock of Gibraltar. You have been asked to produce a brochure for potential travelers to Gibraltar. Create a brochure that explains the history, culture, and sights of Gibraltar—all with the purpose of attracting tourists to this unique piece of Europe.
20. Create your own idyllic Cotswolds village. Give your village a name, draw a detailed map of it, and label all of the important buildings, natural features, and landmarks. Finally, write a paragraph offering a brief history of your imaginary Cotswolds village and stating what makes it unique. 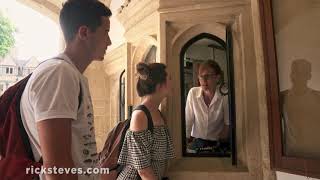 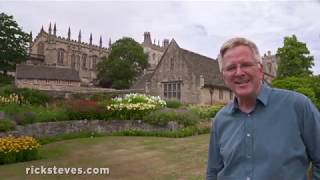 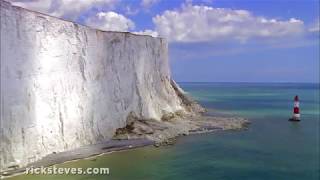 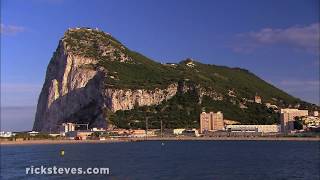 Gibraltar: A Bit of England in Spain