Edinburgh’s 18th-century New Town, built because the Old Town was filthy and overcrowded, is a showcase of elegant Georgian buildings fit for royalty — and the wealthy who lived here.

Back downtown, the masses relax in the Princes Street Gardens. Once a lake called the Nord Loch, its water was drained creating a park — now a favorite among locals.

The draining of the lake was part of a huge expansion of Edinburgh back in the late 18th century. This was a classic early example of urban flight with the rich leaving an unlivably congested old town and building a magnificent new one.

Edinburgh's upper class now had a respectable district in which to promenade. The street plan was a logical, checker-board grid plan — in tune with the age of Enlightenment.

Back when the 13 American colonies were fighting King George III, a new revolutionary style of architecture was popular all across Europe. On the Continent, they called it neoclassical. Britain named it "Georgian" after her king. Edinburgh built an entire new town based on this style.

Georgian Edinburgh was a parade of elegant symmetry and classical ornamentation. The shiny new Edinburgh was also part of a PR campaign designed to promote the notion that Scotland was a respected and integral part of the United Kingdom.

The streets and squares are named after the British royalty. George Street — 20 feet wider than the others (so a four-horse carriage could make a U-turn) — was the main drag. Between Queen and Princes Street, Thistle and Rose streets were named for the emblems of the two supposedly happily paired nations. 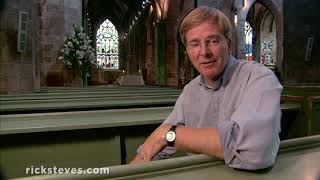 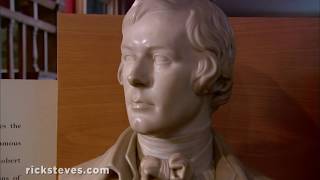