Hamburg, a vital port, has seen its harborfront transformed into a thriving tourist zone. Called HafenCity, it’s urban development at its best, with housing, eateries, parks, museums, and an avant-garde concert hall. We take the harbor tour to take it all in.

Hamburg, 60 miles from the North Sea, on the Elbe River, has long been a vital port. Its waterfront is designed to accommodate the Elbe's 13-foot tides. And, in anticipation of a rising sea level and potentially devastating storm surges, miles of embankments have recently been fortified. Along with making the city safer, this stretch comes with a design element that gives Hamburg a delightful new park-like stretch of harbor front.

Long a busy ferry terminal, this floating dock is now a thriving tourist zone. From here, with the aroma of pickled herring and French fries, you can enjoy the harbor and the energy of the city’s port.

For German Americans, Hamburg has a special meaning, because their ancestors likely sailed from this harbor. Between 1850 and 1930, millions of Germans emigrated to the United States from right here.

The port has always been a central feature of Hamburg. It evolves and grows with the city’s needs, and with changes in shipping technology. The vast Speicherstadt, or “Warehouse City,” was originally a seemingly endless grid of riverside warehouses. Today, these buildings, once filled with cotton, rubber, and tobacco, house engaging museums, offices, and hip restaurants.

While those venerable warehouses survived, much of Hamburg’s old port was abandoned when the shipping industry moved to a larger and more modern port nearby. Then, a generation ago, the city realized that what had become a derelict industrial wasteland was potentially prime real estate.

The result: HafenCity, a huge urban development project. With this new green and integrated urban center, downtown Hamburg became about 40 percent bigger, and once again, the city faces its river. The re-energized district seems a city in itself, mixing its maritime heritage with striking modern architecture. Worked into the plan are both high-end condos and affordable subsidized housing. Hamburg has created a healthy mix of business, culture, and leisure — convenient for the modern citizen without a car. Today, city planners from around Europe look to Hamburg for inspiration in designing integrated urban centers.

The centerpiece of HafenCity is the striking Elbphilharmonie — a combination concert hall, public plaza, hotel, and apartment complex. Its daring design and huge size fit in well with the massive scale of the surrounding port. And, when approached by water, it resembles the looming prow of the steamer ships that first put Hamburg on the world map.

An unforgettable capper to a Hamburg visit is its harbor tour — the best of its kind in Europe. You’ll see plenty of Hamburg’s bold new architecture as well as its more established beach communities, lined with mansions. But mostly, the hour-long cruise gets you up close to Hamburg’s shipping industry — all those enormous container ships, cranes, and dry docks. Accommodating 12,000 vessels a year, it’s Europe’s second-busiest harbor and earns the tag-line “Europe’s gateway to the world, and the world’s gateway to Europe.” 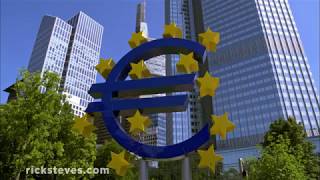