Years ago, the language barrier was a big problem. But today's Europe is increasingly bilingual — and English is its second language. These days it seems any place interested in your business speaks your language.

While it's nothing to brag about, I speak only English and manage fine. Still, a few tips help. It's rude to assume everybody speaks English. To be polite, I start conversations by asking, "Do you speak English? — Parlez-vous anglais? Sprechen Zie Englisch?" Whatever. If he says no, I do my best in his language. Generally, after a couple of sentences he'll say, "Actually I do speak a little English." Okay, your friend is speaking your language. Do him a favor by speaking slowly, clearly. Enunciate. No slang, no contractions, internationally understood words. Instead of asking for the restroom, ask “toilet?” Instead of asking, "Can I take your picture?" point to your camera and ask "Photo?"

Make educated guesses and proceed confidently. This must be a pharmacy. And at the station, this sign shows trains arriving and trains departing.

Communicate with a curiosity and an appetite for learning. In Europe, each region has its own gestures. 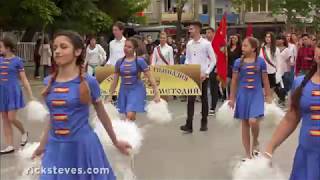 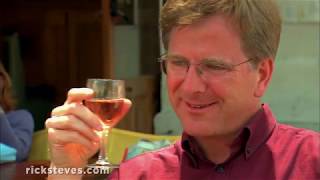 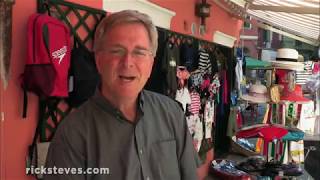