Robert Burns was Scotland's bard. Even though Robby, as he's lovingly called even today, dared to speak up for the common man and attack social rank, he was a favorite of 18th Century Edinburgh's high society. They'd gather in fine homes like this to hear the national poet read.

A century later, Robert Louis Stevenson also stirred the Scottish soul with his pen. An avid traveler — who always packed his notepad, Stevenson's settings are vivid and filled with wonder. Traveling through Scotland, Europe, and around the world, he distilled his adventures into evocative classics like Kidnapped and Treasure Island.

Sir Walter Scott — who wrote the Waverly novels, including Ivanhoe and Rob Roy — is considered the father of the Romantic historical novel. Through his writing, he generated a world-wide interest in Scotland and re-awakened his countrymen's pride in their heritage.

Scott is so revered in Edinburgh that his towering neo-Gothic monument dominates the city center. With his favorite hound, Sir Walter Scott overlooks the city that he inspired and that inspired him.

To enliven all this literary history, take the Edinburgh Literary Pub Tour.

Actor: I do think you’re getting completely the wrong impression!

You'll follow the witty dialogue of two actors as they debate whether the great literature of Scotland was high art or the creative recreation of fun-loving louts fueled by a love of whisky.

Female Actor: …Robert Louis Stevenson’s Jekyll & Hyde. It was on the moral side and in my own person that I learned to recognize the far off and primitive duality of man. My devil had been long caged and it came out roaring.
Male Actor: Easy tiger, don’t get carried away there. I thought you were going to pole dance for us!

The Home of William Wordsworth, in England’s Lake District 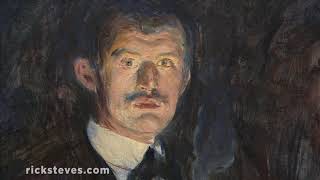