When Venice was a powerhouse trading center (roughly 1150–1500), it was ruled by a series of doges, who lived in the Doge’s Palace. We tour its grand rooms (hung with great art) and lavish apartments, then cross over the Bridge of Sighs to the prison, home of dissenters.

Venice, more than any other city, is the place to get out early and stay out late — to be swept away. On every square is a surprise, and around each corner is an excuse to savor the unique charms of the city. But all the magic sits on a practical foundation of political and economic might.

With mountains of capital, plenty of traders with ready ships, and an awesome military, Venice was a commercial powerhouse — one of the six biggest cities in Europe. At its peak, in the early 15th century, of its 180,000 citizens, nearly 1,000 were fabulously wealthy.

The city’s ceremonial front door was unfortified and faced the sea. Two mighty columns welcome you to a power without equal and the most exquisite downtown imaginable in its day. The winged lion is the symbol of Mark, the patron saint of Venice.

This was the Venetian Republic’s religious and political center: St. Mark’s Square, or Piazza San Marco, with the Basilica of St. Mark and the Doge’s Palace.

The Doge’s Palace — the ruling center and residence of Venice’s duke — was built to show off the power and wealth of the Republic and to remind visitors that Venice was number one. Its lacy exterior, a distinct blend of east and west, is Venetian Gothic.

For four centuries, this was the most powerful piece of real estate in Europe. The sprawling palace is a maze of richly decorated rooms. Here in the doge’s lavish apartment, a map illustrates the reach of the Venetian maritime empire — which stretched across most of the eastern Mediterranean.

While it didn’t have vast land holdings, Venice was a mighty trading empire — built upon a network of ports and a mastery of the sea. The city was driven by an interest in dominating Mediterranean trade. And, until the 16th century, when explorers like Vasco da Gama and Columbus opened up the world leaving Venice stuck in a geographic hole, Venice did dominate.

Here in the Senate Hall, nobles gathered to address their colleagues, debate, and pass laws. Glorious paintings throughout the palace reminded Venetians of their heritage and divinely ordained greatness.

Tintoretto’s Triumph of Venice shows the city — always represented blond and virtuous — in heaven among the Greek gods, receiving the wealth of the sea.

The doge was something of an elected king, which only makes sense in an aristocratic republic like Venice. Technically, he was a noble selected by other nobles to oversee the carrying out of their laws and decisions. There were 120 doges over 1,100 years.

The vast Hall of the Great Council could host a meeting of 2,500 nobles. Tintoretto’s monsterpiece, Paradise — the largest oil painting anywhere — reminded lawmakers that making wise decisions would ultimately put you in the company of 500 saints.

And for further encouragement, the famous Bridge of Sighs led directly from the palace to its infamous prison. According to the romantic legend, gazing out the window, prisoners tried to enjoy their last view of Venetian beauty, sighed…and were taken to their cell.

Opponents of the government were dealt with swiftly and decisively. This prison — with its discouraging bars — held commoners and nobles alike.

The great Venetian rogue Casanova did time here. While this prison was considered relatively comfortable in its day, wasting away in here, with so much beauty so close, must have been a particularly cruel punishment.

The palace kept an armory on display — an intentionally intimidating array of weaponry designed to dishearten potential adversaries. Along with a powerful collection of weapons — state of the art in its day — it comes with some fun curiosities: tiny crossbows, thumbscrews, and a particularly effective chastity belt.

Along with economic might, the splendor of Venice was built upon a foundation of military power. Its formidable navy saw lots of action.

Nearby stand the imposing gates of the Arsenal — Europe’s first great military-industrial complex. The Republic’s fortified shipyard, with 3,000 workers using an early form of assembly-line production and standardized parts, it could produce one warship a day.

The Arsenal put the “fear of Venice” into visiting rulers. When the king of France came to town, he was taken here for a humbling spectacle: the creation of an entire warship before his very eyes.

Then, after a quick glide down this canal, the vessel was completely outfitted and ready to bolster Venetian dominance of the Mediterranean.

Orvieto, Its Cathedral and Well 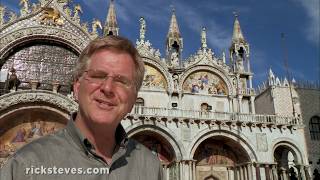 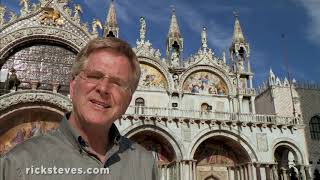 Venice: Its Power, Architecture, and Art