Ten percent of humanity struggles to live on under $2 a day. That, and the gap between the extremely poor and the more privileged, is important to see.

Today, of the over 7 billion people on our planet, about half are struggling to live on under $5 a day. And roughly 700 million live in what experts call "extreme poverty" trying to make it on under $2 a day. Imagine: This cup of coffee cost me a day's wages in the countries where the beans were grown. But there're big changes going on in the developing world, where, in my travels, I found hunger…and I found hope.

Extreme poverty is difficult to witness. Living on less than $2 a day looks about the same around the world: People live on a dirt floor — no electricity, no running water. If they're fortunate enough to own animals, they live together. With an open fire on the floor and no chimney, their homes are dark and filled with smoke. Work is done by hand. They eat one or two plates of a starchy staple a day — not enough for their children to grow healthy.

There's likely little education, job skills, or understanding of good hygiene. The people in this family will probably never be seen by a doctor. One unanticipated crisis — a storm, an accident, a sick parent — and these children go hungry.

Hundreds of millions of people like these struggle daily out of sight, and out of mind of those of us who are more privileged.

Like any big city, Guatemala City has its poor districts and its wealthy districts — and the gap between rich and poor in Guatemala is particularly wide.

The planned community of Ciudad Cayalá is a protective haven for people with wealth — with stylish boutiques, name brands, movie theaters, and the kind of relaxed ease that comes with a sense of physical and financial security.

The realtor here knows how to sell a condo:

While the wealthy in such a development have carefully scrubbed cans for garbage, at the other end of the economy, people earn their living digging through garbage.

In the same city, thousands eke out an existence scavenging from the city dump. Like in many big cities in the developing world, an entire class of people are professional recyclers.

Trucks, with scavengers hitching a ride, rumble in and out of the dump all day. Guatemalans actually compete for the opportunity to work here.

Fito Sandoval, a former gang member in the city who spent many years scavenging in this dump, describes the experience.

Fito: [in Spanish] Everyone is working on recycling different kinds of materials. People who are stronger and faster get a little bit of everything. Some have to focus on just one thing. Maybe they are not strong enough, or they get there after the others, so they just get what is left.

Everyday you're in a struggle, risking your life for basically nothing. It's difficult, because you arrive with hope to be able to earn something. And you're in a constant struggle to survive. There is no security. You might earn $6 today, or you might cut your foot and you have to go to the hospital.

Rick: What is the stigma of a person who works in the dump?
Fito: Maybe it's a big stigma. But it's actually scary to learn a new job, to learn something else, because they aren't used to other jobs. Because you think you can't do it.

The adjacent community, one of the poorest in the city, is built literally on the dump. Buildings are made of salvaged tin. Electricity is tapped illegally from passing wires. In this community, while there's a frail informal economy, many family incomes are based on bags of trash scavenged to be recycled. Homes are built with a mishmash of material as parents work hard to provide the most basic of necessities. Discouraging as this may look, there is reason for hope. 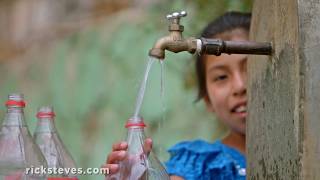 Water is Critical for Development 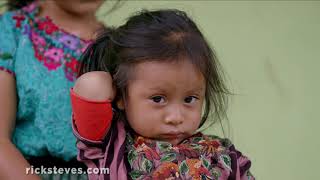 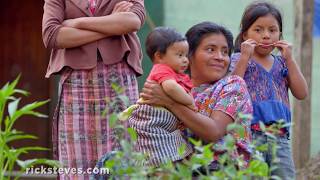 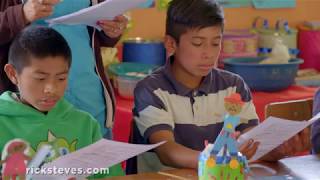 Education is a Prerequisite to Development