Paris is synonymous with high culture — in art, fashion, food, literature, and ideas. On this special joie de vivre edition of MNT, Rick teams up with his Francophile buddy and co-author Steve Smith to share a mix of favorite TV scenes and candid on-the-fly videos Rick grabbed while they were researching new restaurants. Together, Rick and Steve will explore the city's historic heart, including the venerable Latin Quarter. After a virtual stroll down the ultimate market street and a little power shopping, Steve and Rick will share the quintessential French meal. Break into your own crunchy baguette, imagine yourself settling into a rattan chair at the corner bistro, and join the fun!


RESPOND
1. As you watch the playlist, list at least five major Paris landmarks—architectural or geographical--and the function each serves in the city.
2. What in an entrée in English? What is an entrée in French? In which language is the word used more appropriately and why?
3. Which course from Rick’s “quintessential French meal” looked the most appetizing to you? Which looked the least appetizing? Why do you think you reacted this way?


4. What is shopping like in Paris? What is the relationship between Parisian customers and vendors like? How is this similar or different to the relationships between customers and vendors in your community?
5. Why was the Eiffel Tower originally constructed? Why do you think Rick describes it as “a symbol of the Industrial Age”?
6. What is the Notre Dame? What was located on the same site before it? How long did the Notre Dame take to construct, and what new technology did it feature?
7. What role does the La Défense district play within Paris? What would be a comparable district in your region?
8. How did Paris’s Latin Quarter get its name, and what role did it play in French history? What is the district like today? What would be a comparable district in your region?
9. What were the guiding principles and ultimate goals of the French Revolution? How did the conflict end?
DISCUSS
10. In the playlist, Rick describes “the fine art of living Parisian-style.” What are the characteristics of Parisian-style living? How is this style of living different from the style of living in your region? What could people in your region learn about living from Parisians? What could Parisians learn from about living from people in your region?
11. What does Rick mean when he says “Parisians own their city”? What evidence of this do you see in the playlist? Do you feel like the people in your region own the region? Why or why not? Do you think it’s important for citizens to feel that they have ownership over their area? Why or why not?
12. What examples of art in religious buildings does Rick feature in the playlist? For each example, discuss how the artwork accomplishes more than simply decoration. What message do these examples of religious art send? Now, think about examples of art in public spaces in your community? Are they only for decoration, or do they serve another purpose? If they serve another purpose, what is it?
13. Rick says that in Paris, getting a building permit comes with a requirement to contribute to public art. Do you think that this is a policy your region should adopt? What would be the benefits of this policy? What would be the drawbacks? What type of art do you think would be produced if this policy was adopted? What would be the effects on the local economy and citizenry?
14. What is the Age of Enlightenment? What are its major principles, and what changes did it inspire in Parisian society? What would intellectuals from the Age of Enlightenment think about the society in your region or country today? What would they approve of? What would they disapprove of? Why?
15. What was the French Revolution, and how was it influenced by the distribution of wealth in France throughout the 1700s? What is the distribution of wealth like in your region or country today? Could this distribution of wealth be altered to create a more stable society? If so, how?
16. In the playlist, Rick sat down for a quintessential French lunch. What would a quintessential lunch in your country or region look like? How would it be similar or different to a French lunch? What is the pace of a French lunch like? How does this compare to the pace of a lunch in your community? Do you think that there’s any aspect of French lunchtime that your community should adopt? Why?
CREATE
17. Imagine your school has hired a new principal who is an enthusiast for the Enlightenment. The principal has asked you to help make sure that everything in the school passes the Enlightenment’s “test of reason.” Make a list of at least five aspects of life at your school that pass the test of reason and five aspects that don’t. For the aspects of school life that don’t pass the test of reason, recommend how they could be altered to fit the ideals of the Enlightenment.
18. Imagine you have been asked by government officials in your community to design and construct a new public artwork that expresses the ideals of your community. Create a proposal for the local government that includes a sketch or model of the artwork, the location where you plan to construct it, and a brief explanation of what it symbolizes.
19. Imagine you are hosting visitors from France and want to throw an elaborate dinner party for them that represents the region where you live. Create a menu for the guests that lists what each course of the meal will be along with a brief description of the dish and why it's important in your region. Finally, determine which businesses in your community you'll need to visit get the very best ingredients for these dishes and make a shopping list to guide your preparations.
CONTINUE LEARNING
20. Watch the Classroom Europe playlist on the French Revolution and complete the lesson plan to learn more about one of the Western world’s greatest conflicts and how it has impacted nations around the world. 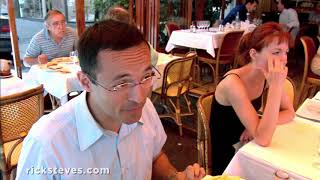 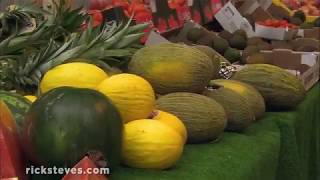 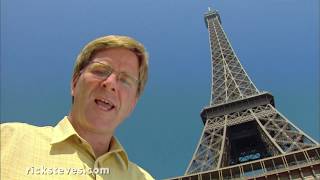