Khomeini, who led the rebellion that overthrew the shah in 1979, ruled Iran for a decade. The charismatic leader is still revered among Iranians. The mosque holding his tomb is being enlarged to accommodate the many worshippers who pray here.

On our way out of town we visit a symbol of this vibrant city, its Freedom Monument. Dating from the 1970s, it's one of the former Shah of Iran's many extravaganzas. He built it to celebrate the 2500th anniversary of the Persian Empire and all the mighty Persian kings who came before him. Underlining the ancient roots of this society, its design symbolizes a Zoroastrian fire altar and it's decorated with classic Persian motifs.

Leaving Tehran was quick and easy with its impressive system of highways. Just outside of town, we drop by the great mosque containing the tomb of Ayatollah Khomeini. He was the spiritual leader of the rebellion that overthrew the Shah in 1979 and Khomeini ruled the country for the next decade.

Even though the mosque can accommodate up to a million worshippers on special days, it's undergoing a major expansion. The work is funded by small donations mostly from the poor as they were the people Khomeini inspired the most. This felt like a particularly easy-going mosque — in keeping with Khomeini's image among his people. Rather than the impression I've long held…of a menacing ideologue, here he's considered a sage — and a champion of traditional values.

After the shah's excesses and corruption, Khomeini's simplicity and holiness had a strong appeal to the Iranian masses. He did use oppressive tactics. But to the poor and the less educated the charismatic Khomeini was like a messiah. As the personification of the Islamic Revolution, he symbolized deliverance from the economic oppression and Western decadence of the Shah. Khomeini gave millions of Iranians hope.

Place of Women in Iranian Society 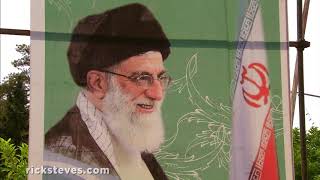 Iran and the West: The Shah, Islamic Revolution, and Khomeini 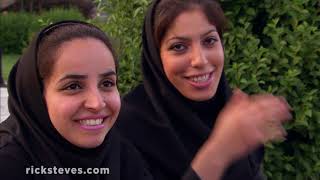