Charming Kinsale, on Ireland’s south coast, was the site of an Irish defeat in 1601 — a rout by the English, leading to dark times on the Emerald Isle. To control Kinsale’s strategic harbor, the English built a state-of-the-art-in-its-day star fort.

Along with its rich history, Kinsale has a laid-back Sausalito feel with a touch of wine-sipping class. As Ireland’s self-proclaimed gourmet capital, Kinsale merges friendly old-fashioned Irish hospitality with quality restaurants. Competition is fierce and restaurants offer creative and tempting menus.

The Fishy Fishy Cafe is a fine place for…fish. It’s like eating in a fish market surrounded by today’s catch and a pristine kitchen. Marie and her staff hustle steaming plates of beautifully presented seafood to eager customers.

The Irish really do enjoy the gift of gab. And for travelers, that means excellent guides — like Don Herlihy in Kinsale — are available in any historic town.

Don: Well in the 15th, 16th, 17th centuries, this harbor here, Kinsale, was the most important natural harbor in the whole coastline of Ireland, by far the most perfect in an age of sailing ships, and sails ruled the waves. Countries with great fleets were great powers in their own right. And this was a time when the sun never set on the Spanish Empire. In 1601, the fourth , the very last Spanish Armada ever to sail, sailed into this harbor here with the idea of linking up with clans in the Northern part of Ireland, that by allying they could drive the English out of Ireland and take liberty for themselves.

The Spanish sail in here, unopposed, 1601. About 5,000 camp within the town. The English surprise them with 10,000 forces on the high ground here. Approximately 6,000 Irish clansmen come downstream to link with the Spanish. They can’t link up. The English have the high ground. They dominate the Spanish completely, releasing most of their forces to turn on the clans… it’s a rout.

Rick: A bad day for Ireland then.

Don: Dreadful. Led to the decline of the old Gaelic order in Ireland, the flight of the Earls, no resistance in Ulster, so the English could go ahead with what was called the plantation of Ulster. Irish people driven off their lands, those lands planted with settlers then from England and from Scotland. When people ask me, how can that part of Ireland still be part of England? I tell them 1601, Kinsale.

That was a huge shock for the English. They suddenly realized the significance of this perfect harbor of Kinsale on their doorstep. To rule the waves they had to secure the harbor. They invested in this enormous fort, Charles fort. Star fort, state of the art, 17th century, huge. For 400 years this fort was one of the principal strongholds of Britain in controlling Ireland. One thousand troops were based here until 1922. Ireland became independent of Britain and Britain finally gave it back to us.

The key weaponry here would be heavy artillery pieces, which are designed here to respond to heavy artillery on ships, and then the fort itself is designed as a star — a star-fort it’s called – because it has points like points on a star. And the idea of the star fort, its construction was that within your own walls like here, you could always fire on your own outer walls, over there for example. If they were attacking us here they could be fired upon from within the fort from that wall.

Battle of Culloden: The End of Scottish Dreams 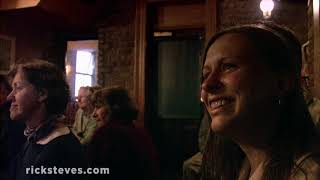 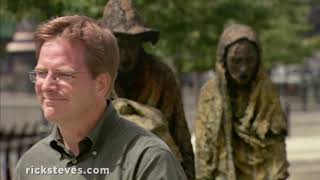