Italy’s Verona, just south of the Alps, features one of the largest surviving Roman arenas, a thriving wine and grappa scene, and reminders that Verona provided the inspiration and setting for Shakespeare’s Romeo and Juliet.

Verona, at the base of the Alps and nestled in a bend of the Adige River, is another leading city in the Veneto.

Its main attractions are its wealth of Roman ruins — like this bridge, dating from the first century BC; remnants of its 14th-century boom time; and its 21st-century quiet, pedestrian-only ambience.

Ancient Romans considered Verona an ideal last stop before heading north over the Alps. This well-preserved arena — the fourth largest in the Roman world — is a popular venue for events even today.

Over the centuries, crowds of up to 25,000 spectators have filled this place: cheering Roman gladiator battles, medieval executions, and modern plays — including Verona’s popular summer opera festival.

Climb to the top and imagine the spectacles this arena has hosted for over 2,000 years.

Verona’s market square is Piazza Erbe. People have gathered here since Roman times, when this was a forum, or market. And it remains a market to this day. The 16th-century frescoes — characteristic of this region — earned Verona a nickname: “the painted city.”

The Venetian lion has hovered over this square since 1405, when it reminded locals they were ruled by Venice. During medieval times, this stone canopy held the scales used by merchants. A fountain has bubbled here for 2,000 years. This statue, originally Roman, lost its head and arms. After a sculptor replaced them, locals dubbed her “Verona’s Madonna.”

And what’s with this whale’s rib? It’s been hanging here for four centuries — likely a souvenir brought home from the Orient by spice traders.

I’m popping into a wine bar to learn about grappa. North Italy is grappa country, and Oreste, who runs this bar, introduces the local firewater with a passion clearly shared by a couple of his regulars.

Valeria: The more the aging, the smoother it gets.
Rick: So, wine is made out of grape juice. What’s grappa made out of?
Valeria: Grappa is made out of seeds, skins, and stems of the wine. Same wine.
Rick: So, it’s the leftover material after the wine process.
Valeria: Exactly, exactly.
Rick: Extreme wine.
Valeria: Yes, yes. Do you like it?
Rick: A little bit.
Valeria: Not too much.
Rick: Not too much.
Valeria: Yes.
Rick: Valeria, scusi — in Italian, how do you say, “Grappa helps you make friends?” In italiano?
Valeria: La grappa aiuta faca de amici.
All: Exactly, of course, of course.
Rick: Oreste helps you make friends.

Medieval Italian cities were often dominated by a single powerful family. Just as the Medici family ruled Florence, this castle is a reminder that the Scaligeri family ran the city of Verona back in the 14th century.

The Scaligeri castle evokes Verona’s Golden Age, when the city was one of Europe’s great economic powers. If these ornate family tombs are any indication, the Scaligeri had no problem with self-esteem. And, by building their tombs on pillars, they made sure they’d be looked up to…even in death.

Sooner or later, those wandering Verona’s streets will be flushed into a very crowded courtyard. Shakespeare’s Romeo and Juliet made Verona a household word — and this is supposedly Juliet’s balcony. But, alas, a visit here has nothing to do with those two star-crossed lovers, and Juliet never lived in this house. Still, busloads of tourists gaze at the almost believable balcony, scribble a valentine on the walls, and take part in the tradition of rubbing the breast of Juliet’s statue. Why? For a better love life.

It’s fun to observe the scene, knowing that all this commotion was started by a clever tour guide back in the ’70s as a way to attract visitors to Verona.

The wall of padlocks is a popular fad, enabling lovers to prove that their hearts are eternally locked up.

Fans of Romeo and Juliet will be happy to note that Shakespeare’s inspiration for the Montagues and Capulets was two real feuding families from here in Verona: the Montecchi and the Capuleti. And, if Romeo and Juliet had existed and were still alive, they’d recognize much of their “hometown.” 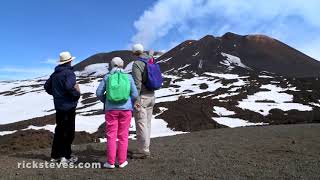